WorldCon 75 was my second time attending the World Science Fiction Convention (the first was in London three years ago) and it was both a terrific con and a wonderful opportunity to explore a fantastic city. Helsinki is a beautiful, hugely walkable place. It’s all trees and parks (make sure to check out Eila Hiltunen’s stunning Sibelius Monument!) and everyone seems to speak perfect English. During the convention itself, I was delighted to be involved in several popular events. I took part in the ‘Science Fiction in University Courses’ panel, which was a fun opportunity to talk about what I do for a living at Aberystwyth University (and a chance to have some great discussions with fellow panellist Helen Marshall from Anglia Ruskin University). I was also part of the ‘Stargate at 20 Years’ panel, during which I had the rare treat of testing out ideas from an academic article in progress on an enthusiastic audience of genuine fans. Finally, I delivered a paper on the convention’s academic track titled ‘The Cause of the Incident was Human Error: Irish Nuclear Anxiety in Eilís Ní Dhuibhne’s The Bray House’ (feedback on this was very positive and I intend expanding it into a full length article in the near future).

Other panels and talks I attended which have really stuck with me included the ‘Resistance’ panel featuring Tiffani Angus, Liz Hand, Kameron Hurley, and others talking about, well, the things that we need to be talking about these days (‘We have a problem with empathy,’ Angus says. ‘One on one we’re good; with family we’re iffy; and then we have the internet…’). I enjoyed the talk by Jenny Knots of NASA’s Public Affair Office (‘Bagpipes were once taken to the space station but… those weren’t very popular’) as well as the contributions of E.G. Cosh to the ‘Visual Language of Comics’ panel (‘The language of comics comprises symbols within the art and what happens on page/how it’s read,’ she says. ‘Accept that you’re going to need to read the page a few times’). Meanwhile, on the ‘Engineering in Science Fiction and Fantasy’ panel, Fran Wilde was the standout participant (‘Engineering is a way for science to interact with the world,’ as she put it. Also, ‘where do all the objects come from in Harry Potter? Where is the Hogwarts School of Engineering?’). There were also interesting, informed panels discussing ‘Hard Science Fiction’ (a ‘state of mind which manifests in various sub-genres,’ says Andrew Barton) and ‘Mighty Space Fleets of War’ (‘In space, shrapnel is forever’). Another highlight in terms of quality and diversity of material was the academic track (really great to see these integrated into conventions more and more these days) which I found to be one of the most successful elements of the whole convention.

There was honestly so much going on that it’s difficult to sum up! We ate reindeer, experienced an exceptional Helsinki thunderstorm (‘Everybody is advised to stay inside between 20:00 and 22:00’), were awed by the ceaseless dance of construction cranes near the convention centre (#CraneCon), got to meet Daveed Diggs and Clipping (though unfortunately I could not make their concert as it clashed with my ‘Science Fiction in Universities’ panel), and enjoyed wine and nibbles at a City Hall reception welcoming WorldCon to Finland for the very first time. We attended the Hugo Awards ceremony (shout-out to Ada Palmer’s acceptance speech: ‘There are more kind people in this world than cruel people so never give up on working to what you want in the world’) and, at one point I found myself in a room with an actual astronaut and the director of the Vatican Observatory (‘People must follow the robots!’).

Beyond the convention, a personal Helsinki highlight was the visit I took to the spectacular sea fortress of Suomenlinna, a UNESCO World Heritage Site on a series of islands just a short boat trip from the city’s famous Market Square. I spent a good five or six hours exploring the nooks and crannies of the fortifications, Suomenlinna’s museums (and submarine!), as well the site’s complicated history, but that was hardly long enough time! It was a terrific trip-within-the-trip and a real boon in terms of the ideas it sparked off (I definitely plan on using a version of these islands in future fiction projects). Indeed, getting the chance to see and be inspired by places like Suomenlinna is one of the big advantages of a WorldCon which truly travels the world. 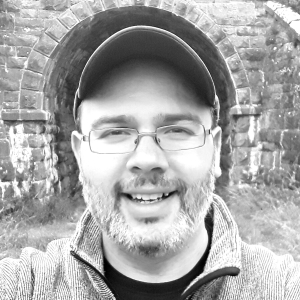 Val Nolan is a lecturer in Creative Writing at Aberystwyth University. His fiction has been published in Interzone, The Year’s Best Science Fiction, and the ‘Futures’ page of Nature. His academic work has appeared in publications such as Journal of Graphic Novels and Comic Books, Review of Contemporary Fiction, and Irish Studies Review.