The Way to the Stars by Una McCormack

A hundred years ago, when I was a little girl (all right, the late 1970s), I used to draw Blake’s 7 stick man cartoons. Blake’s 7, you see, was my very favourite TV programme, and more than anything else I wanted more stories about the crew of the Liberator and their adventures. They weren’t the best stick man cartoons (I didn’t grow up to be an artist), but I enjoyed creating them, nonetheless, and mostly it was the storytelling that I enjoyed.

Flash forward to the late 90s, when I am broadly doing much the same thing, only this time without bothering to draw pictures, posting my stories to a Blake’s 7 mailing list. Here, a lively and well-informed group of us (many postgraduate students, who have time for this kind of thing) spend a lot of time hanging out together, slightly amazed to have found other people who have watched this mad old show, psychoanalysing the characters, cooking up story ideas, setting each other challenges, and having a quite splendid time. My writing was stylistically sharper (I hope), but the impulse remained the same – to spend more time with characters and settings that moved and intrigued me, and to tell more stories about them.

Fanfiction was my hobby from when I was a very little girl, and it has been my great fortune to be able to turn this passion into a career. Not long after I began posting fanfiction online, I was contacted by an editor at Simon and Schuster. My Star Trek: Deep Space Nine fiction had been recommended to him, he was on the lookout for new voices, and he wanted to know if I’d be interested in pitching some stories to him. I was interested – I was very interested – and from that exchange came commissions for my first three ST: DS9 novels, The Lotus Flower, Hollow Men, and The Never-Ending Sacrifice. 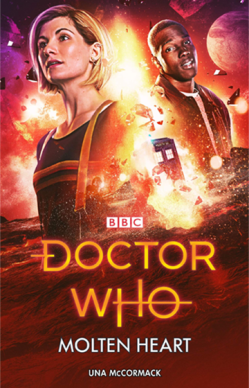 After that, my foot was in the door. Writing TV tie-in fiction has particular pressures (you’re often very close to hard production deadlines), and once you have a demonstrable track record of delivering on time, you’re much better placed to pitch for work. With three Star Trek novels on my CV, I decided I’d like to try for a Doctor Who novel. This was around the time that David Tennant was turning into Matt Smith, and there was a change in many of the production personnel involved in the show. It was a good time to be getting in touch to see what I could do, and I’ve written four Doctor Who novels for BBC Books since then. After that – I’ve written a substantial amount for the audio drama producers Big Finish, who have the licence to produce audios based on Doctor Who, Blake’s 7, and Star Cops (among other shows), all of which I’ve written for. And I’ve written half a dozen or so more Star Trek books, including my most recent, The Last Best Hope, a prequel novel to Star Trek: Picard.

There are several questions that commonly come up when I explain what I do. People often ask whether I find my imagination constrained, working with other people’s characters and settings. The answer to this is – well, no, not really! I do see where this idea comes from, but this doesn’t seem to be how my imagination works. Stories come more naturally to me when I think of myself in conversation with a text. I may have questions about characters’ motivations, how they got from A to B; or perhaps I want to explore aspects of a show that have been touched upon only tangentially. Much of my Star Trek work has been like this: I have set many of my stories on Cardassia Prime, a world that has great significance in DS9, but which we see only briefly on screen. In a series of novels, I have had the freedom to work through some of Cardassia’s future history, tracing the collapse of an authoritarian power, and its tentative steps towards recreating itself as an open society.

There are huge differences between writing for a show that is in production and for one that is currently not on air. With my earliest Star Trek novels, all published after DS9 had ended, I had considerable liberty to invent. With my most recent books, for Discovery and Picard, I have worked closely with people in the writers’ room, trying to tell stories which work with the programmes as shown. This brings obvious constraints, but at the same time it’s tremendously exciting to be working with a show that’s still unfolding, and a creative challenge too. 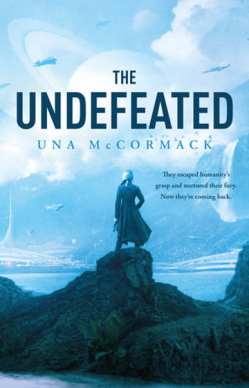 Last of all, I’m often asked, “Don’t you want to write your own stuff?” The answer to this is that I do write my ‘own stuff’ (novellas and short fiction), and I enjoy it immensely – but I still think of myself as in conversation with other texts. My novella with Tor.Com, The Undefeated, was pitched as a feminist reimagining of High Plains Drifter. I was in conversation with that film (and with other stories too, like Susan Glaspell’s brilliant short story ‘A Jury of Her Peers’). Creativity, for me, doesn’t operate in a vacuum. It’s about call and response: being inspired by something – or wanting to argue back with it. I still write a great deal of fanfiction based on Tolkien’s The Lord of the Rings. I love that book – but I don’t always agree with it, and, as a result, I have a lot to say back to it! Now, if I can only persuade someone to commission that three-book idea I have about the fall of Númenor… 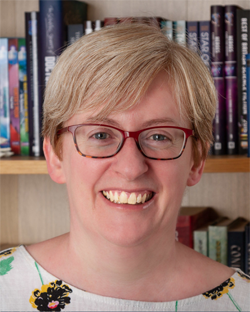 Dr Una McCormack is a New York Times bestselling science fiction author. She is passionate about women’s writing, science fiction, and helping people find their words and voices. Her Star Trek: Picard novel, The Last Best Hope, is published by Simon and Schuster in 2020.