6) Middling: the power of opposites to structure your blurb by Colin Brush 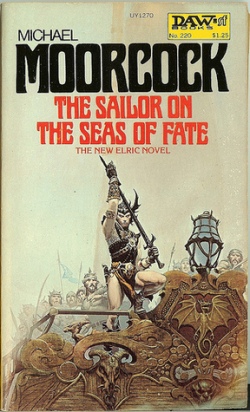 ‘Elric knew that everything that existed had its opposite. In danger he might find peace. And yet, of course, in peace there was danger. Being an imperfect creature in an imperfect world he would always know paradox. And that was why in paradox there was always a kind of truth.’ The Sailor on the Seas of Fate by Michael Moorcock

Opposites, according to science and literature, attract. Or, in the case of matter and anti-matter, they annihilate one another. Either way, you get a reaction and that is the key to structuring your blurb. In any blurb I write I look for the tension: the two elements that are in direct opposition, that are most clearly colliding or pulling away from one another. The star captain torn between following orders and respecting the wishes of the planetary natives blocking her way. The sky war that must be fought to bring a lasting peace among the dragons. The planet-sized mind that lobotomises itself to fit inside a skull’s cranium just to satisfy their desire to feel truly human.

Opposition powers our stories. Generally, these opposites emerge from the protagonist’s problem: they want something and something or someone else is preventing them from getting it. So far, so beginner’s guide to writing. Take The Lord of the Rings. Let’s baldly state Frodo’s problem:

Frodo must destroy the all-powerful one-ring.
But the ring’s maker Sauron will use all his power to stop him.

That’s fine and I’ve seen many fantasy blurbs saying pretty much that (usually at length). Yet, can we be a bit more interesting? Can we add some depth, a little human universality to our proposal?

Another way to think about these tensions is that of story versus theme. The story is generally what the protagonist wants to achieve. The theme, however, concerns what the protagonist usually (and the reader hopefully definitely) will come to understand over the course of the tale. Often the theme is in direct opposition to what a hero desires (though it is often what they really need – see most big-budget Hollywood movies).

Speaking of which, here’s The Lord of the Rings again:
Story: Frodo wants to destroy the all-powerful one-ring.
Theme: Power corrupts.*

You’ll notice that these aren’t conventional opposites, but they are in direct opposition to one another with regard to what Frodo wants/needs. So when we restate Frodo’s problem in terms of story versus theme we get:

Frodo must carry the powerful one ring to Mount Doom.
But doing so risks destroying his soul.

For me, this feels like a hook I can really get my teeth into as a reader. I care more about Frodo’s quest potentially destroying his good heart than I do about whether he’ll overcome the evil Sauron. That’s an interesting story.

This is fine, but we as discerning readers still want more. We like our stories to have beginnings, middles and ends. And, often (but not always) so should blurbs – though blurb ends are usually a question or an uncertainty of outcome . . . (or indeed an ellipsis)

Which brings us to the Central Dramatic Argument, which I’ve shamelessly lifted from Craig Mazin over at Scriptnotes. And if you do any kind of writing it is certainly worth a read – particularly, I imagine, if you’re seeking to write Hollywood style.

Mazin takes the story versus theme idea and chucks it in the blender that is the Hegelian Dialectic. What do you mean ‘it’s early/late and your tired brain can’t remember what exactly is the Hegelian Dialectic’? It’s very simple. It is a three-stage development or process: thesis, antithesis, synthesis. The statement of an idea. A reaction that contradicts or negates the idea. And, finally, a resolution between our idea and its contradiction. Otherwise known as beginning, middle and end.

Or with our story versus theme angle for our blurbs: story, theme and promise/question.
Colin, for the love of God, please explain yourself.
Let’s take The Lord of the Rings again, and poor suffering Frodo:

So now we have a three-part structure for writing our blurb. Before we’ve even written a word we know where we begin, where we’re going and where we’ll end. So let’s write it:

The day his uncle vanishes from the gentle Shire, young hobbit Frodo Baggins receives the strangest of inheritances. A golden ring which bestows invisibility on its wearer. The wizard Gandalf the Grey tells Frodo it is a dangerous gift: a ring of immense power that others have long sought.

Instructed by Gandalf to flee with the ring, Frodo is joined by a fellowship of dwarves, elves and humans. They pledge to help Frodo journey to destroy the ring before those who would return it to its evil maker can stake their claim. But the ring feeds the darkest thoughts, corrupting all in its circle.

And no one more so than brave Frodo. For the journey will be long, dangerous and terrifying, and every day the ring’s whispers will grow harder to resist . . .

Three simple paragraphs, broadly following our thesis, antithesis and synthesis. Notice how most of the detail supports the general thrust of each paragraph. We have one broad idea in each one. This keeps things simple for the reader. Three ideas bound by the tension between them. Change our ideas (thesis, antithesis, synthesis) and you’ll change the type of blurb you are writing.

In summary, know the oppositions in your story and have them clash to bring drama to your blurb. If you’re looking for depth get your theme to clash with your protagonist’s story. Keep your structure simple to read by ensuring your blurb has a beginning, a middle and an end.

Next we’re going to have a look at blurb geometry to see how we can simply rework blurbs by bending them out of shape.

* There are other themes and so other approaches to take when writing a blurb for The Lord of the Rings. Its versatility is its strength. 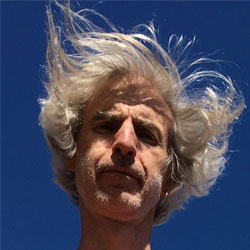 As a publishing copywriter Colin Brush likes to think he’s sold a great many books over the years. Sadly, not a single one of them has been his own.

2 Responses to 6) Middling: the power of opposites to structure your blurb by Colin Brush