Write What Someone Knows by Ben Jeapes

“Bad books on writing tell you to “WRITE WHAT YOU KNOW”, a solemn and totally false adage that is the reason there exist so many mediocre novels about English professors contemplating adultery.” – Joe Haldeman

And yet Joe Haldeman’s novel The Forever War was heavily influenced by his experiences as a Vietnam vet. I’m nowhere near brave enough to disagree with Joe Haldeman but fortunately I don’t think I have to. We agree from different directions.

Five Lies Creative Writing Teachers Tell makes the same point. It’s good but often misused advice, and it’s the misuse that gets dealt with on that link: the advice being hammered in to the point where you’re not even allowed to use your imagination. As the writer points out, J.K. Rowling isn’t really a wizard, but “The good tutor will get to know you, and encourage work which is attentive to your experiences”.

I would take that further: “your or at least someone’s experiences”.

Because, yes, writing has to start with what is known. My most basic level of knowledge is knowing what it is to be alive. I’m a human being with a place in the world – sensory input going 24/7, human relationships, knowing what I like and what I don’t. A character on a page has to give the impression of a similar level of existence. If you can’t believe they existed before you opened the book, or that they will go on existing after you close it, then the author isn’t writing what they know.

But with that given, then it’s time to start making stuff up. Hal Clement’s Mission of Gravity is told from the point of view of the native of a planet with a surface gravity 700 times stronger than our own, which is laughably petty compared to the world of Robert L. Forward’s Dragon’s Egg, where it’s 67 billion times stronger. Neither author can claim first-hand knowledge of such environments, but they too can start with the basic knowledge of being alive and take it from there.

My type of science fiction tends to be closer to home, with mostly human characters. I’ve never time travelled – but I have been in some fairly insalubrious third world slums, so if I want to imagine a European city of previous centuries, that’s what I picture. I’ve never worn a spacesuit, but I have scuba dived: I know the sounds and sensations and slightly claustrophobic feeling of being enclosed by your personal life support system, keeping you alive bare centimetres from an environment that could kill you, simultaneously giving you immense freedom and severely curtailing your possibilities. I’ve never been in a spaceship, but I’ve travelled by aeroplane, so I know that illusion of normality coupled with the ever-present knowledge at the back of your head that you’re in the belly of a fantastically complicated machine hurtling through the sky several miles above the ground and that isn’t normal at all. 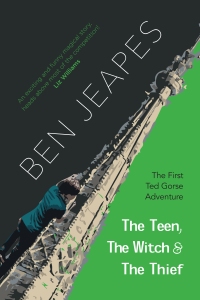 Other things I have done: driven a car; sailed a boat; grown up in an army family; fired several types of gun; stood on the floor of an active volcano; walked up Snowdon, across Salisbury Plain and through an Indonesian rain forest (not all on the same day); flown an aeroplane under supervision; taken off, flown and landed a glider solo; been in unrequited love. I’ve never divorced, had a serious illness or died, but friends have and (sorry guys) you can bet I was paying close attention. And each of those experiences, or scenarios developed and extrapolated from them, has appeared in my published writing. 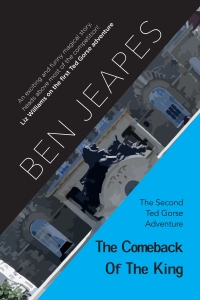 Ted, the titular teen of The Teen, the Witch & the Thief, has a stepfather Barry with whom he doesn’t get on. An unexpected pleasure of writing The Comeback of the King was being able to give new depth to Barry that was entirely consistent with what we learned of him in the first book, but which showed a lot more sympathy. The reason: between writing the first and second books, I became a stepfather of a teenager myself. I tip my hat to all Barrys everywhere.

Alumni of the Milford writers’ workshop have access to the Milford Skills List. Everyone who attends gets a chance to write down a few areas of expertise that they are willing to share with other members. And fantastically useful it is too. I was recently able to quiz a retired GP on the best kind of fracture to have, from a dramatic point of view, and how to perform a field amputation. I doubt she has any direct experience of the latter, but again, based on what she does know she was able to extrapolate.

So there you have it – write what you know, or failing that, find out what someone else knows, and write that. And then do something new with it.

Ben Jeapes took up writing in the mistaken belief that it would be easier than a real job (it isn’t). Hence, as well as being the author of 7 novels and co-author of many more, he has also been a journal editor, book publisher, and technical writer. His first Milford was at Margate in 1991, which shows (a) how far Milford has come in the past 26 years and (b) qualifies him as a Great Old One, in Milford terms at least. www.benjeapes.com