The Art and Craft of Critique

Jacey Bedford
The Milford Conference each September is a full week of peer-to-peer critiquing. Fifteen writers sit down each afternoon to critique each other’s work, but always with the aim of helping the writer to improve what’s on the page.

Over the years my writing has been taken apart and put back together by some of the best in the business. Every writer/reader has their own critiquing style, so in the wake of Milford 2019, I thought I’d ask some of them how they set about putting a critique together. Here’s what they said… 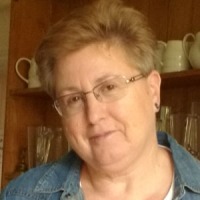 Terry Jackman
Once upon a time I read the complete text, then went through it again making comments. After a while I stopped the first read through. Basically I’d got better at it – or so I’m told – plus I believe the first impressions are essential. After all, that’s what the ‘real’ readers get, they don’t expect to have to re-read something to understand it. In fact if that happens most of them stop reading?

So now, whether I’m critting or actual editing, I assume the text is considered to be at least reasonably polished, then I make comments as I read – on everything from plot to punctuation – then check back over those to see if they are clear, or need changing in hindsight. Things like something sounded odd, but later I realise it was meant to pull me up so it didn’t need attention after all.

Finally, I add end-notes summing up my more general impressions, good, bad or indifferent, and identify any areas I feel should be reassessed, and why.

Terry Jackman began writing nonfiction, more by accident than design, before eventually tackling fiction. These days she runs the BSFA Orbit groups and edits-for-hire  between writing and the day job. She also runs the occasional convention workshop, and is strange enough she actually enjoys moderating panels. 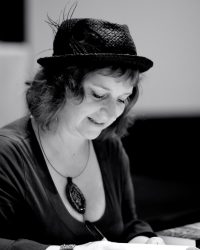 Jaine Fenn
I do an initial read-through of the MS, noting any obvious small (line-edit type) issues on the MS itself. Ideally I’ll work from a paper copy but if it’s much more than 5K long I feel guilty about the trees and use the comment function of Word. If anything more ‘macro’ occurs to me as I read (issues with a particular character, lack of clarity on an important aspect of worldbuilding etc.) I’ll make a rough note, not on the MS.

I’ll then leave it for a day or several. If something occurs to me in that time, I’ll add it to my notes.

Ideally I’ll then read through the MS again, adding more to my general notes as I do.

Finally I’ll write things up legibly (because no one can read my handwriting), under a header of ‘general’ for the macro stuff and ‘detail’ for any detailed/line edit notes.

The above applies to short stories – for novels it’s a more complicated process, and I’d be breaking my ‘general’ comments down into the usual headings: character, plot, world etc.

It’s the same process for face-to-face or remote critting, but with face-to-face my typed comments might not be as polished, as they’ll get discussed in the session.

Jaine Fenn is the author of the Hidden Empire space opera series and the Shadowlands duology, as well as numerous published short stories, one of which won a BSFA award. She writes video-games for hard cash and plays tabletop role-playing games for easy fun. These days, she’s likely to politely refuse any chocolate with less than 65% cocoa solids.