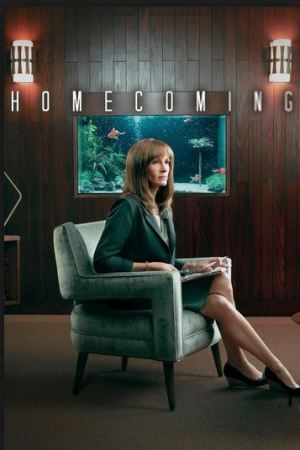 Early this year, I binge-watched the first season of the near-future sci-fi dramatic thriller, Homecoming, an Amazon Prime Video series starring Julia Roberts, Stephan James and Bobby Cannavale. I’m not sure if it even qualified as a binge-watch: the show has a miniseries vibe about it and each episode is a short 30 minutes. Only after being captured by its quiet brilliance, and diving into a Google wormhole, did I realise it was based on a podcast of the same name, created by Eli Horowitz and Micah Bloomberg.

The story follows Heidi Bergman, a social worker who once helped soldiers transition to civilian life, but struggles to remember her time at the facility, called Homecoming. Many years after, the arrival of an auditor from the Department of Defense leads her to uncover the lies surrounding her time there and the true purpose of the program.

One of the things that struck me, though, was how many writing lessons I’d picked up simply by watching the show. I even did a Twitter thread about it. Here, I’ll just expand on that a little.

Homecoming says a lot by saying very little. There are scenes and shots where words are not spoken at all, or few words are used, and most of the information is conveyed through body language and cinematography. Every single shot in Homecoming counts: miss a shot, miss some information. A lot of character history, behaviour and temperament is shown by subtle actions.

For example, Walter, a first-generation immigrant in the show, has his history demonstrated by him responding to his mother’s Haitian French in English, a common occurrence in immigrant families where parents retain the language of their original country. Their children can usually understand but barely speak due to limited cultural immersion. All of this is demonstrated in the show without even one mention of the family’s history.

What I learnt: One can tell a bigger story by alluding to just a small, recognisable part of it. This leaves the prose crisp, taut, and engaging. When the viewer (or reader) spends so much time engaging with what’s before them, immersion is guaranteed within a short while.

2. If any aspect can do multiple duty, let it

The camerawork and sound of Homecoming do not just set the tone and mood for the show, but also the meaning the viewer draws from the scene and the feeling they come away with. A lot of this great soundscaping can be attributed to the show first starting off as an audio drama, but the cinematography complements this beautifully too.

For example, the show uses architectural-plan-style overhead shots of office spaces in order to further the narrative of the people working for Geist as “cogs in the system”, by showing them like rats moving in a maze. Video ratio was also employed as a structural mechanism to chronologically frame the narrative arc, by using different video ratios to clearly spell out where the characters were in the plot’s chronological timeline.

What I learnt: If any aspect of writing could be doing double duty, let it. Physical descriptions could also allude to character behaviour, for instance, and narrative voice, style or word choices could be tweaked to imply a certain story mood.

I grew up on loud, flamboyant and melodramatic storytelling (action flicks, martial-arts epics, Nigeria’s Nollywood, etc) where conflict was usually clearly signalled through big actions or the promise of them. It took me a while, and a lot of reading, to get into an understanding of the conflict latent in tensive, tentative moments.

Homecoming, being both a near-future science fiction drama and thriller/mystery/horror, uses this to its advantage. A lot of its conflict is quiet and contemplative, and even the dread and thrill is passed across sometimes with single images and not as much action. In one scene, there’s a shot of a dead, overfed fish in its tank, and a later scene shows the same tank rotting, raising dread in the viewer.

What I learnt: Sometimes, the biggest conflicts are quiet and contemplative, and don’t even have to be played out. Sometimes, cranking up tension to the highest dial and just leaving it there is enough.

I’ve always struggled with trusting my reader to understand things. I come from a part of the world not a lot of people are familiar with, so I tend to over-explain. Homecoming demonstrates that relying on your audience/reader to do the work pays off if you trust them with the right things. This is especially notable because Homecoming is a mystery tale at its core.

What I learnt: Trusting the audience to put things together is important because it increases their investment in your story.

One of the choices I made early on as an author is to not impose romance on my stories if it doesn’t have a place there. I think of romance as one of those things that stands out real quick if forced upon a story. Homecoming makes this choice very clearly: the most expected romantic involvement in the story never happens at all, even though it’s hinted at and there is quite palpable sexual tension.

What I learnt: If a concept doesn’t fit within a story, don’t force it. 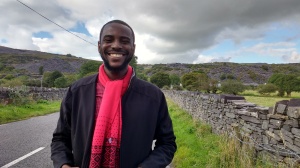 Suyi Davies Okungbowa is a Nigerian author of the godpunk novel, David Mogo, Godhunter (Abaddon, July 2019). His internationally published fiction and nonfiction have appeared or are forthcoming in Tor.com, Lightspeed, Strange Horizons, Fireside, Apex, Podcastle, The Dark Magazine, and other periodicals and anthologies. He is an MFA candidate in Creative Writing at the University of Arizona, where he teaches writing, and has worked in editorial at Podcastle and Sonora Review. He tweets at @IAmSuyiDavies and is @suyidavies everywhere else. Learn more at suyidavies.com.

1 Response to 5 Writing Lessons from Homecoming, by Suyi Davies Okungbowa