The Birth and Death of a Bad Idea by Jim Anderson

Posted on 6 August 2019 by Jacey Bedford 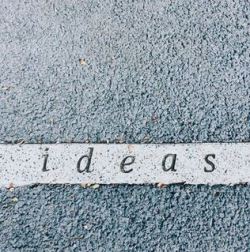 I’ve spent some time this weekend reading.  Some of that reading has been the news of the world, and my what interesting times we live in.  Some had been working my way through the accumulation of things I’ve bought, between NEW EXCITING books and the subscriptions that arrive every month or two, by post or by Kindle.

But the most intriguing reading I’ve done this weekend has been through my folder of many ideas.  All of us have such a folder, somewhere.  The ideas that eventually end up in my own folder have an interesting life cycle.  They will typically start on a scrap of paper, or a text to myself, rarely but occasionally a voice memo (and those are fun when I forget I’ve even made the memo until weeks or months after the fact), or even a scribbled note to myself on the chalk board in my office. 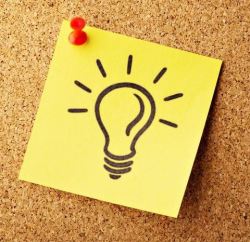 Then comes the threshold check.  I don’t mind the bizarre and stupid ideas, because with them there’s at least something to work with.  The ideas that don’t go anywhere, the dead ends, these I view as a challenge and they survive to the next stage.

It’s the boring ideas I want to get rid of.  There would be a certain satisfaction, I suppose, about coming up with a never-before-seen hook to an Adam and Eve story that would make an editor weep with joy (a guy’s gotta dream), but this isn’t something I see in my future.  Santa as a Dread Pirate Roberts type character recruited from burned out Bond-esque secret agents and super villains, that one’s still kicking around.  Just looking for the right home.

I have to admit that very few ideas get thrown out at this stage.  In fact, just putting these words down has given me an idea that should rightfully perhaps fail this test, but I’m going to give it a few days.  Just to see.

One thing I find interesting is the extent to which these ideas cluster around particular themes.  Though it isn’t always obvious on a day by day basis, reading through the collected ideas folder does provide a very clear view of where my mind tends to wander.  Apocalyptic destruction for instance seems to be much less a favorite than I would have expected, judging purely by the relative paucity of ideas involving the end of everything.

My PhD supervisor told me once at the beginning of that particular journey that being a mathematician requires two things.  One is the idea generator, the whisper in the dark that we write down on the scrap of paper and save for later.  Like what I’ve been writing about here, I have another list for the mathematical ideas, and the process is very much the same. And one lesson I’ve taken from the mathematical side is that sometimes we get hit by an idea before we’re ready to work through it.  Mathematically this happens to me all the time, and this has given me patience on the fiction side to collect the ideas, especially the half-formed and inchoate ones, and note them for later. 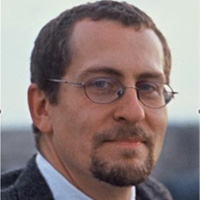 Jim Anderson (on-line at http://www.multijimbo.com) is a Professor of Mathematics at the University of Southampton, and is also the Associate Dean (Education and Student Experience) for the Faculty of Social, Human and Mathematical Sciences. Beyond mathematics, he practices the traditional Japanese martial art of aikido and writes science fiction and fantasy.