Into Orbit? by Terry Jackman

Posted on 7 August 2018 by Jacey Bedford 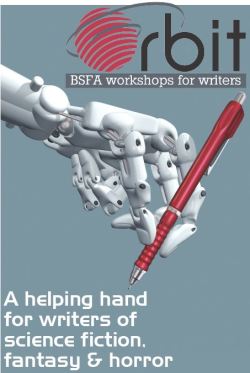 I came to Milford via a recommendation from someone at Arvon, a residential ‘course’ which unlike Milford is open to beginners. Milford sets the bar at being published, for money, and it’s a great experience, one I’ve repeated several times since, but in the end it’s only once a year (unless you add in the new retreat-week option to make that two?)

So what about the rest of the year? Especially if for any reason a face to face group isn’t the best option.

For me that gap was filled by the British Science Fiction Association’s Orbit groups, which critique up to 15,000 words every two months. Orbits began as postal groups, and we still talk about ‘rounds’ from the days when a parcel of manuscripts literally went from house to house around the group members, inevitably often much slower. But since 2005 these groups have operated online, usually by simple email, with simultaneous submissions. There are currently seven groups, split between novel length and shorter, and they, like Milford, focus on SF Fantasy or Horror. Entry comes free with BSFA membership, so it’s a win-win situation really.

So what’s involved? People commit to critique politely but honestly. Yes, even if they can’t submit anything of their own to that round. Basically it’s a classic do-as-you-would-be-done-unto scenario. You give good feedback, you get good feedback. So all we ask for you to read carefully and respond thoughtfully. Make sense? It does to us.

Obviously you will get different viewpoints on your work, and often a range of thoughts on what works and what might work. What you choose to act on is up to you, but if the whole group think the same thing that’s a pretty strong indication. And unlike some face to face groups you get time to mull over the comments in private; there’s no posturing or points scoring, just writers working together to make their work better. Of course critiquing others also helps to build the skills you can apply to your own work. By exploring what works on another piece you can learn how to improve your own? And writing is often a lonely occupation. Being in a friendly group means you always have someone to share ideas, successes and the odd downtimes with, and if a group really doesn’t suit you can ask to move into another.

Who joins? Anyone who wants to become a better writer. That means anyone from a beginner to an award winning/many times published author. We’ve also had editors join. And while it is the British SF Association the members have never been limited to the British Isles. Before the recent AGM it occurred to me to look at the current groups membership, to find writers, yes, from England Scotland, Wales and Northern Ireland, but also from Eire, Belgium, Denmark, Luxemburg, Georgia (as Russian) Hong Kong and Australia. Oh, I thought, no Americans right now? And then an enquiry dropped in my inbox so that box was ticked too.

So Orbits let you see your work through other eyes, similar to Milford, and give you the kind of feedback editors and publishers don’t have the time for. And perhaps the honesty friends and family can’t. Yes, sometimes that truth can hurt but Orbits don’t try to make you feel better. Their goal is to make you write better.

How does one join? If you aren’t already a member you join the BSFA, easiest through their website, then follow the link for the Orbits. Or you can query me about anything that you aren’t sure about. 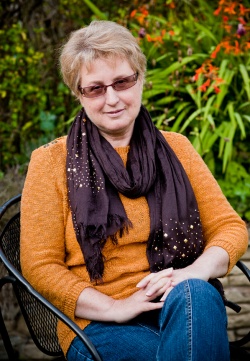 Terry Jackman began writing nonfiction, more by accident than design, before eventually tackling fiction. These days she runs the BSFA Orbit groups and edits-for-hire  between writing and the day job. She also runs the occasional convention workshop, and is strange enough she actually enjoys moderating panels.