Are You a Plotter, a Pantser — or a Puzzler? By Ruth Nestvold

Most writers have heard the question before: “Are you a plotter, or are you a pantser?” In other words, do you do a lot of outlining and planning before you start writing (plotters), or do you dive into a project with little or no pre-writing and write “by the seat of your pants” (pantsers)? 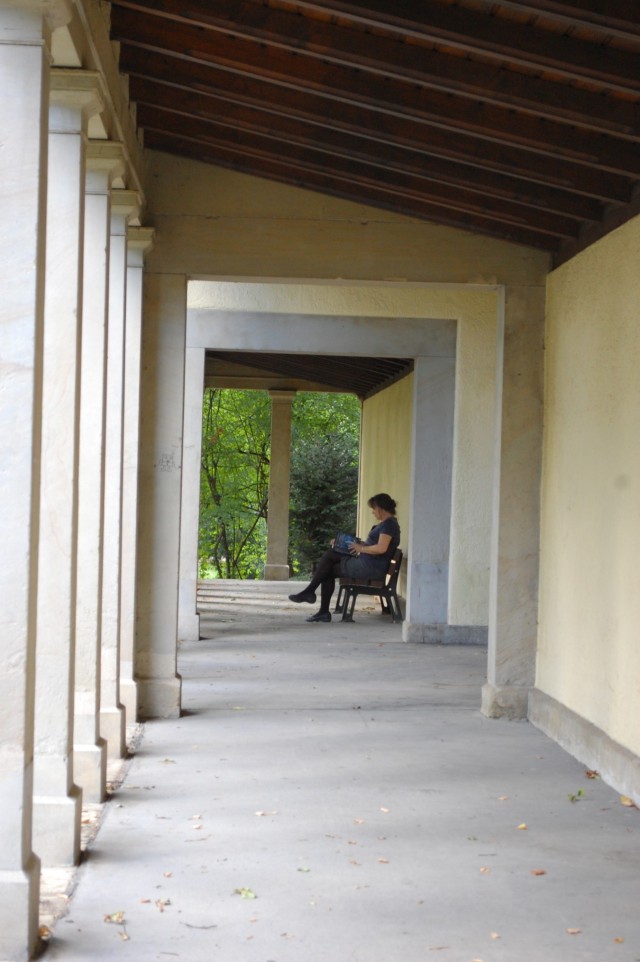 I was never completely comfortable with either term. On the one hand, I always knew I was more of a plotter than a pantser. Some of my writer friends can take a couple of prompts and immediately start writing. Pantsers barrel into the story and go for it, letting plot and character unfold as they write. For many of them, part of the magic of writing is discovering the story as they go. My late friend Jay Lake was a master pantser, and it baffled me how he could whip up a story out of little more than thin air. I can write stories from prompts too, many of my stories have been written that way, but I just can’t do the “immediate” part. I have to brainstorm and play with ideas first. More than anything else, I need to know the ending before I start. If I don’t, I invariably get bogged down somewhere in the middle and don’t know how to get out of whatever corner I wrote myself into.

On the other hand, plotting out every single chapter and every single plot twist before I start writing is nearly as foreign to my nature as spontaneously writing a complete story from a single first line. There are a couple of short stories I’ve written that I plotted out almost completely before writing them, most notably “Mars: A Traveler’s Guide.” It was necessary for that story, because each of the disasters had to follow the one preceding it, and the whole arc had to have a very strong increasing sense of inevitability.

But plotting every single scene like that for a whole novel? It would drive me crazy. I’ve tried it a couple of times. Plotters have a good argument in their favor: if you can plot out the entire novel ahead of time, then the actual writing is a breeze. The plotter can write faster because she knows what’s going to come next, every step of the way. This is the main point of Libbie Hawker’s great writing book, Take off Your Pants. I’ve integrated a number of her techniques into my own pre-writing – but I still find myself flunking out when it comes to planning a novel scene by scene before I start writing.

I would love to be able to write faster, but when I try plotting all the way down to the chapter and scene level, I get just about as stuck as I do when I try to write without any outline at all. The smart plotting books tell me I’m supposed to have this kind of a scene here and there and elsewhere (pinch point, drive for goal, black moment, thwart, fun and games, or whatever the individual writer happens to call it), but while I’m in the pre-writing phase, for the life of me I don’t know what that scene will end up being. I have the basic structure, but the details defeat me. 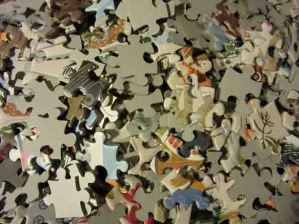 Then at some point, a stumbled across a term that immediately resonated with me, an alternative to the two writing poles of plotters and pantsers — the puzzler. And I realized that’s me.

I start with a whole bunch of pieces, but I don’t get them all lined up neatly in chronological order before I begin. My usual process starts with brainstorming basic plot, characters and setting, and doing the initial research. (I rarely write anything that doesn’t require research.) As I brainstorm, I jot down ideas for potential scenes, which I will do my best to organize in some kind of orderly fashion, often using ideas from various plotting books like Libbie Hawker’s, or Blake Snyder’s Save the Cat, or Joseph Campbell’s quest structure.

But often before I fill out the main plot points between the beginning to the end, one or another of the scenes I’m brainstorming grabs me, and I have to start writing it. And then another, and another. While I’m writing these random scenes, I also start getting to know my characters better, which gives me a better idea of the kinds of complications that would fit their personalities. And so I start jumping backwards and forwards, filling in the blanks, puzzling out the plot as I go, working on this part and then that, finishing whatever works best first, and then using what I learned there to help me with other sections of the novel. 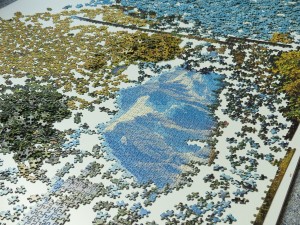 And so it grows like a puzzle, from the edges and the center.

To a plotter, the process probably sounds very random. But neither am I writing by the seat of my pants. I can’t even start without a bunch of notes on characters and scenes and plot arc and usually a fair amount of research. But in the many years I’ve been writing, I have realized that I can’t seem to get a handle on my characters until I “see” them in action in a few scenes. So it isn’t until I’ve thrown them into their first conflicts and seen how they react that I can start fine-tuning the plot points that will get me from the beginning to the end.

I cannot claim to have come up with the term “puzzler,” but when I googled it to try to find the brilliant originator, all I found were other writers who also heard the term “puzzler” at some point or another and happily adopted it as their own.

The original version of this post was published on the blog “Indie Adventures” as “By Popular Demand: Pantsers, Plotters, and — Puzzlers!” on September 16, 2012. 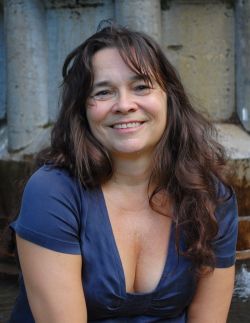 Ruth Nestvold recently puzzled her way to a new novel, Ygerna, a prequel to her Pendragon Chronicles series (consisting of Yseult and Shadow of Stone so far). Her short stories and novellas have appeared in such markets as Asimov’s, F&SF, Realms of Fantasy, Strange Horizons, and Year’s Best Science Fiction. Her work has been translated into German, Dutch, Italian, French, Spanish, and Hungarian, and been nominated for the Nebula, Sturgeon and Tiptree Awards. The Italian translation of Looking Through Lace won the Premio Italia speculative fiction award.

1 Response to Are You a Plotter, a Pantser — or a Puzzler? By Ruth Nestvold